Adhere To This When Dating a Black Woman 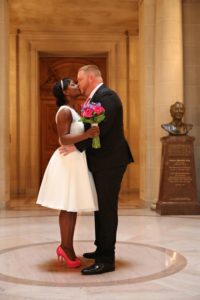 Last time I checked, a black woman was just a woman! So white men please, you want to win that black girl’s heart, don’t act so weird around her until you lose being yourself. And when you want to appreciate her, be grateful for her beauty or character. Don’t make it sound like you are marginalizing her in some way so avoid micro aggressions that in reality make her feel hurt, slimming your chances for a second date. What are micro aggressions?

Micro aggressions are comments, or rather actions, that degrade a marginalized person. The term was used by psychiatrist and Harvard University professor Chester M Pierce to refer to insults and dismissals he witnessed American non-blacks inflict on African Americans. Mostly white men use this when approaching black women. A typical statement of this type is “you’re pretty for a black woman”.

To avoid causing harm, let me offer some interracial dating advice to white men on how to approach a black woman.

As you are getting to know this woman more, please keep the following in mind for happy long term dating.

1. Be open-minded minded about the differences in race and culture.
Racial topics will often come up in conversations with your black partner, but please avoid saying “you are clever/pretty/beautiful for a black woman”. That may be meant to be a compliment but honestly what you are implying is “all black people are (something negative like ugly) but the one you are is an exception”

2. Accept black women’s sexuality.
Do not celebrate your black lovers like trophies. It marginalizes them by making them appear as if they are something exotic and mysterious. Don’t also expect them to be promiscuous or to twerk.
You will be disappointed when the black woman you are pursuing does not have these stereotypical characteristics. We are all different, so treat that woman as an individual. Don’t suffocate black women in one box of limited stereotypes. They are individuals just like all other women out there.

3. Be your real self.
As cliché as it may sound to you, you don’t have to pretend to be anyone else other than yourself when dating a black woman. Black women can be as nervous and cautious about interracial dating as you are, don’t pretend to be someone you are not to impress her. Talk to black women exactly the way you would talk to anyone else.

4. Accept a black woman as an individual.
It is assumed that people of a certain group behave the same but that is totally never the case. Please don’t ask a black woman “why do black people do (fill in the blank)?”. You can’t expect her to know all things about her race. Instead keep in mind that black women have varying backgrounds, interest and behaviors. Appreciate that woman you are dating or pursuing as an individual and make her feel special being with you. You will be amazed after realizing that black women are individuals that bring their own beliefs, strengths and weaknesses to a relationship – just like anyone else.