INTERRACIAL DATING: X reason why you are being ignored by your boyfriend 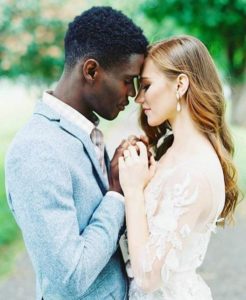 When you send a text message to your boyfriend, is he reading them and not responding to you or is he taking a very long time to reply? How about phone calls? Is the phone ringing continuously without him picking up? If this is something that has taken place in a space of a few hours, then there’s no need to panic because he could be busy or tied up somewhere.

The same cannot be said if it has been more than a day. There is no way that a person you are in an interracial relationship with should act like you do not exist unless he has an emergency to deal with. If he is ignoring you deliberately, that is just disrespectful and this article will look at some of the reasons why you might be getting ignored by your boyfriend

1. He is busy
You have to remember that the world does not revolve around you and your boyfriend has a life of his own too. It could be possible that there is some huge life-changing events that are happening that need his full attention and he is too busy to reply to you. If this is the case, give him the benefit of the doubt and when things get less hectic, he will be in touch.

2. He might be cheating
Just because he is not replying to you or picking up your calls doesn’t mean he is cheating on you. Before you jump into that conclusion, you need to analyze his behavior to see if he is acting stranger than usual. If he is spending plenty of time with of women you have never met or been introduced to, you need to consider the possibility that he is cheating.

3. He doesn’t like being on the phone a lot
Being on your phone a lot is seen as antisocial and unhealthy and that could be his reason for not responding to messages and taking calls frequently. Sometimes it could be that he has put his phone away and didn’t even know you called or texted. We live in a society where phones are a very important part of our everyday lives and you would struggle to find someone in this day and age who would say they hate being on their phone. There are a small number of people who do not like to be on their phone 24/7 and he might just be one of those rare people out there.

4. He could be upset with what you did
No one is perfect and we do tend to make the people we are in an interracial relationship with mad at us from time and time and this might just be the case with your boyfriend. Maybe you did something that upset him without even knowing and he just doesn’t feel like speaking to you until the matter is resolved. If this is the case, swallow your pride and apologize to him when you get the chance. All will be forgiven and you will be back on speaking terms again.